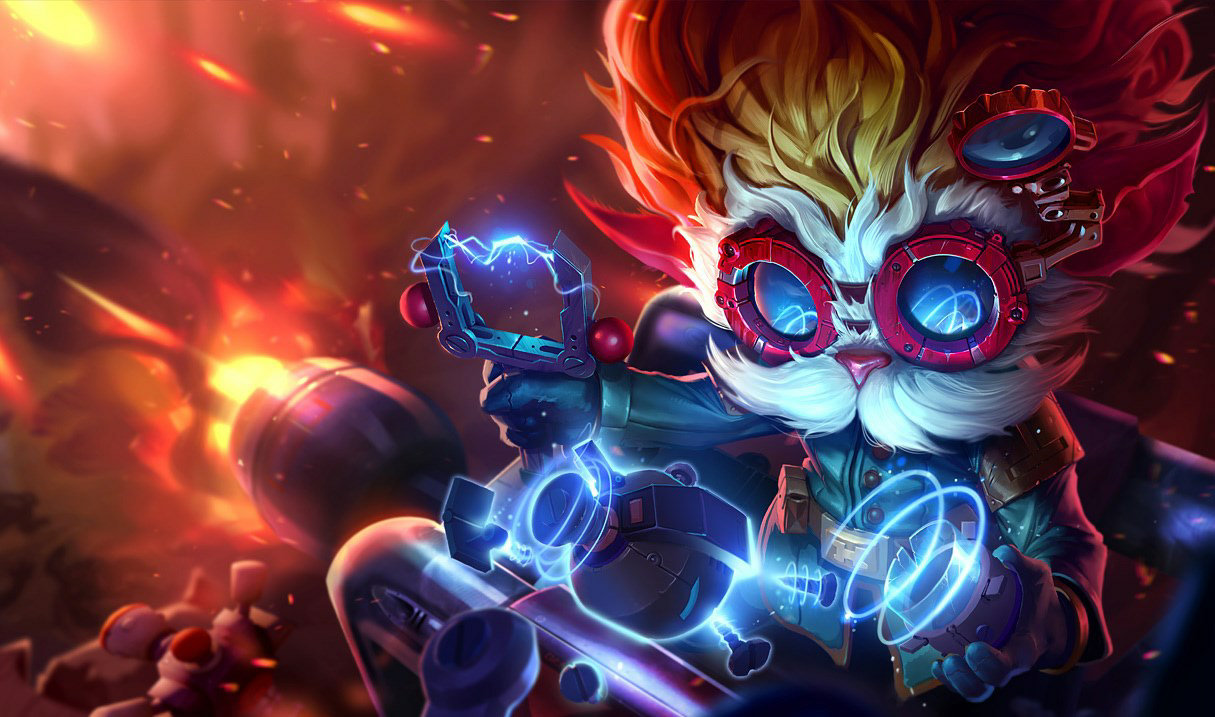 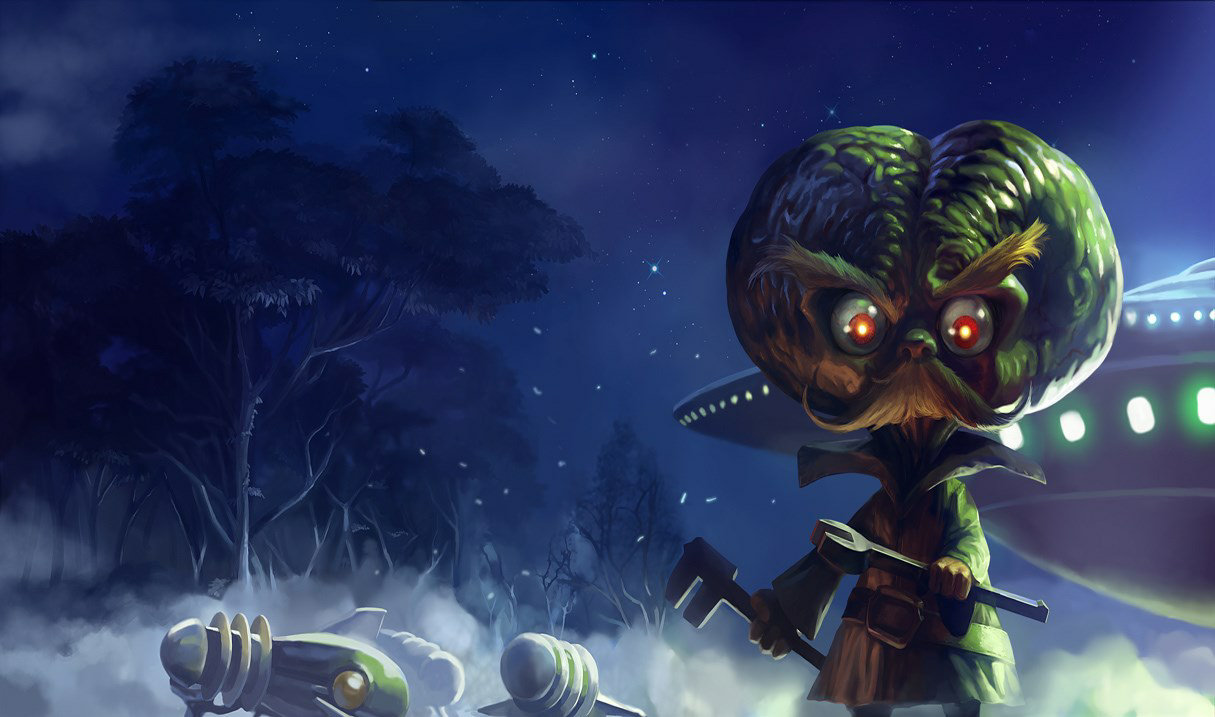 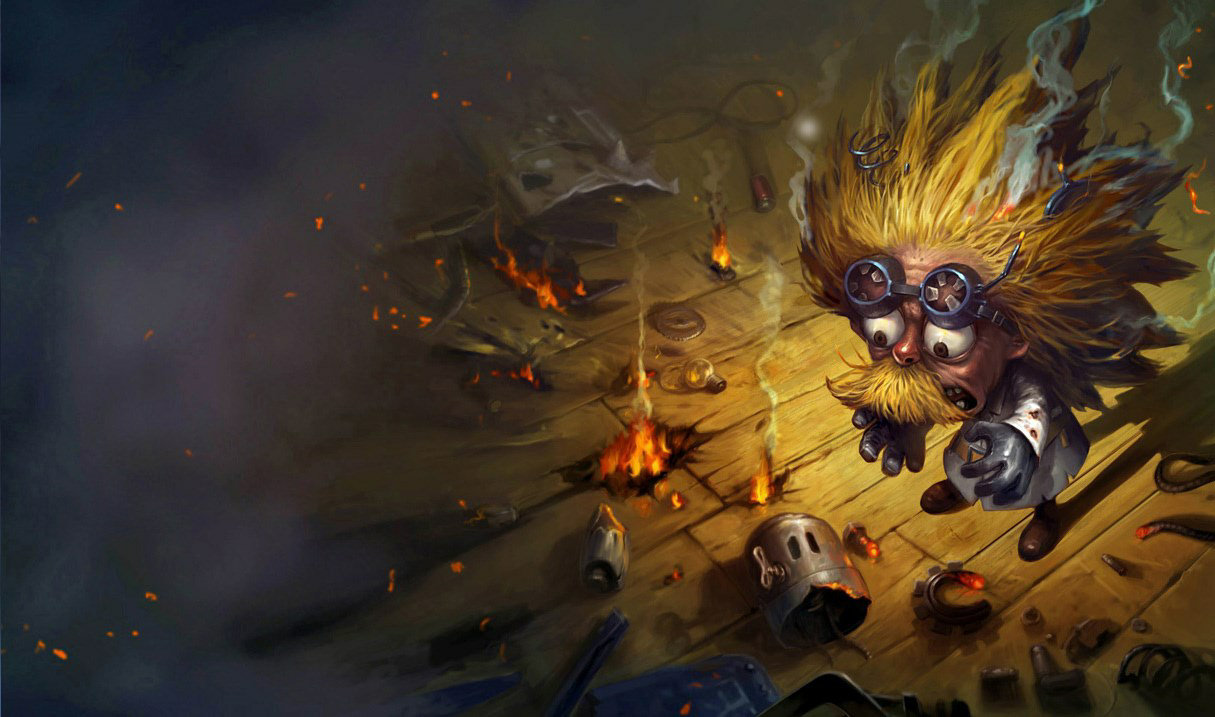 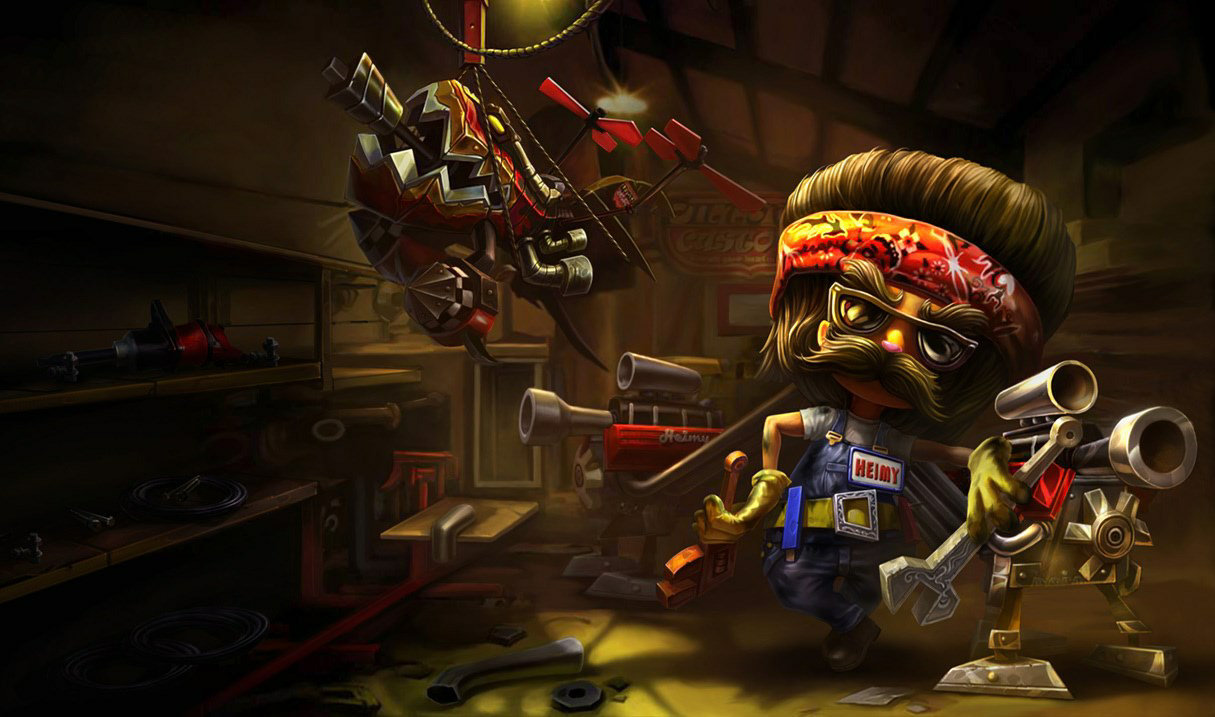 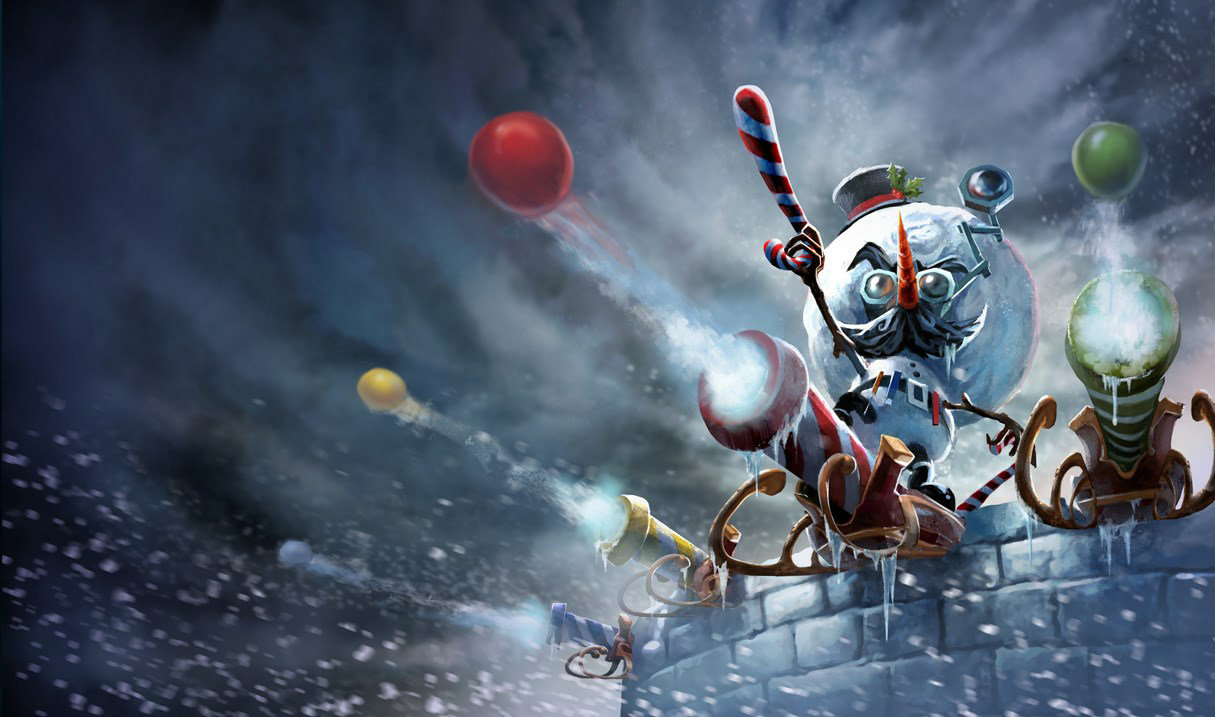 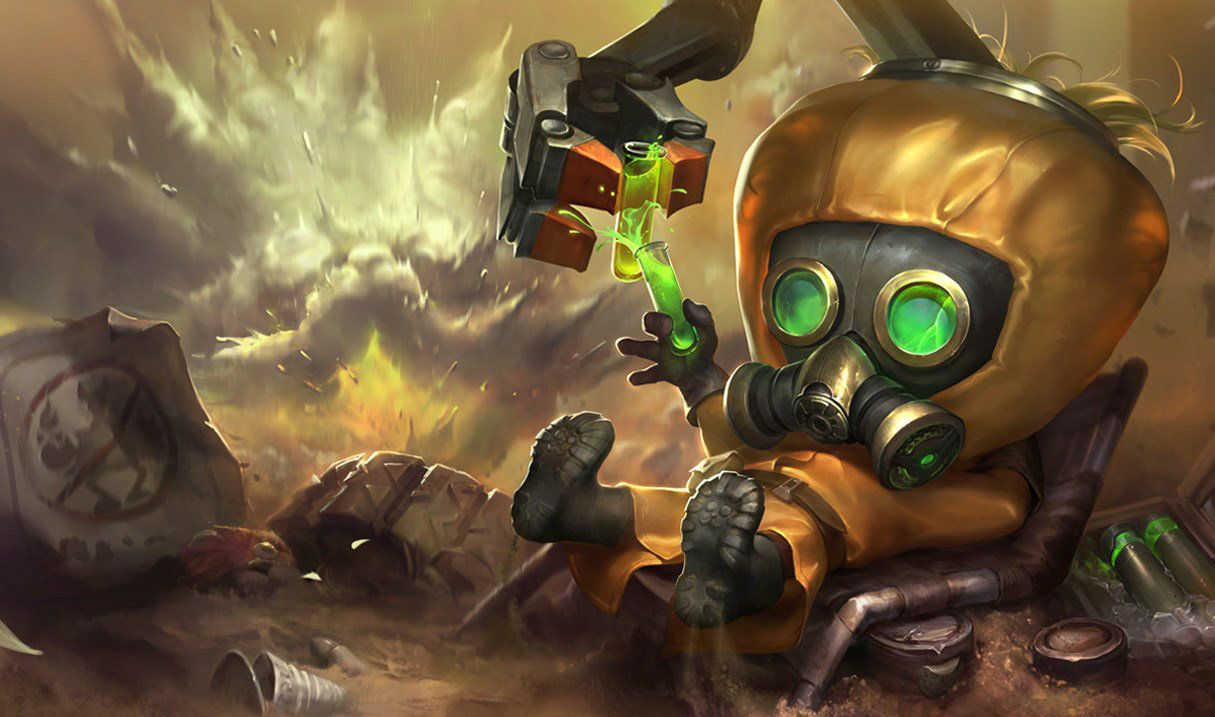 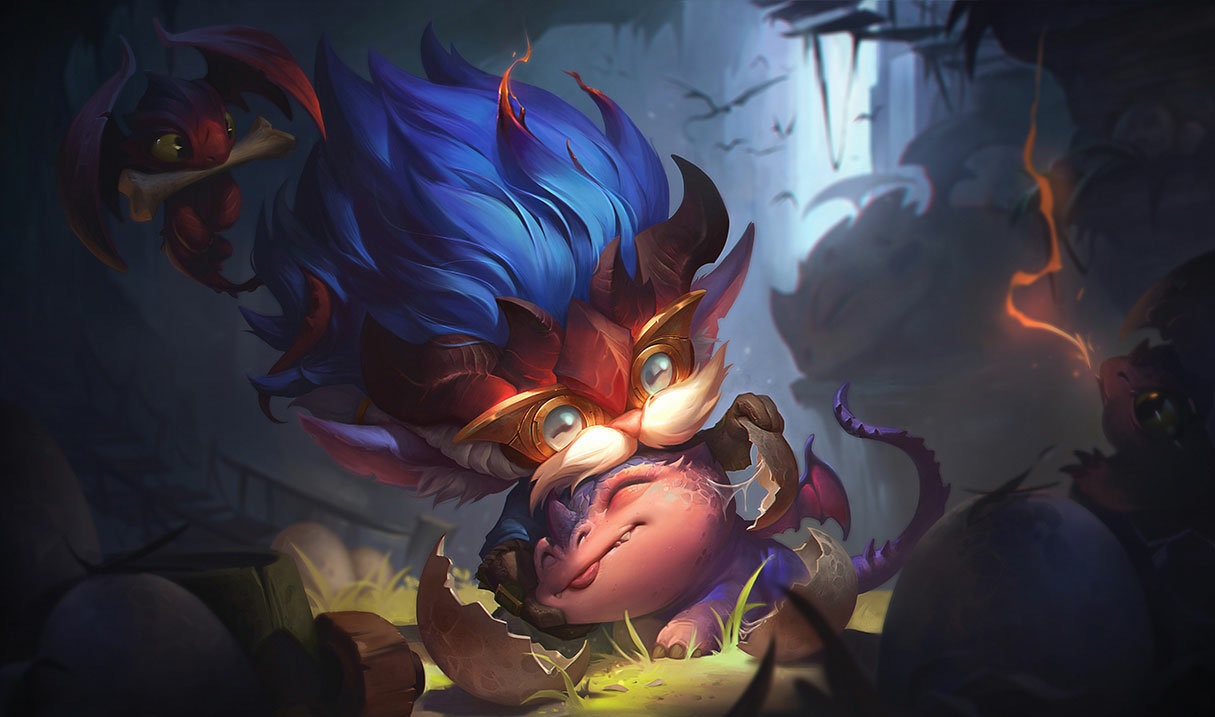 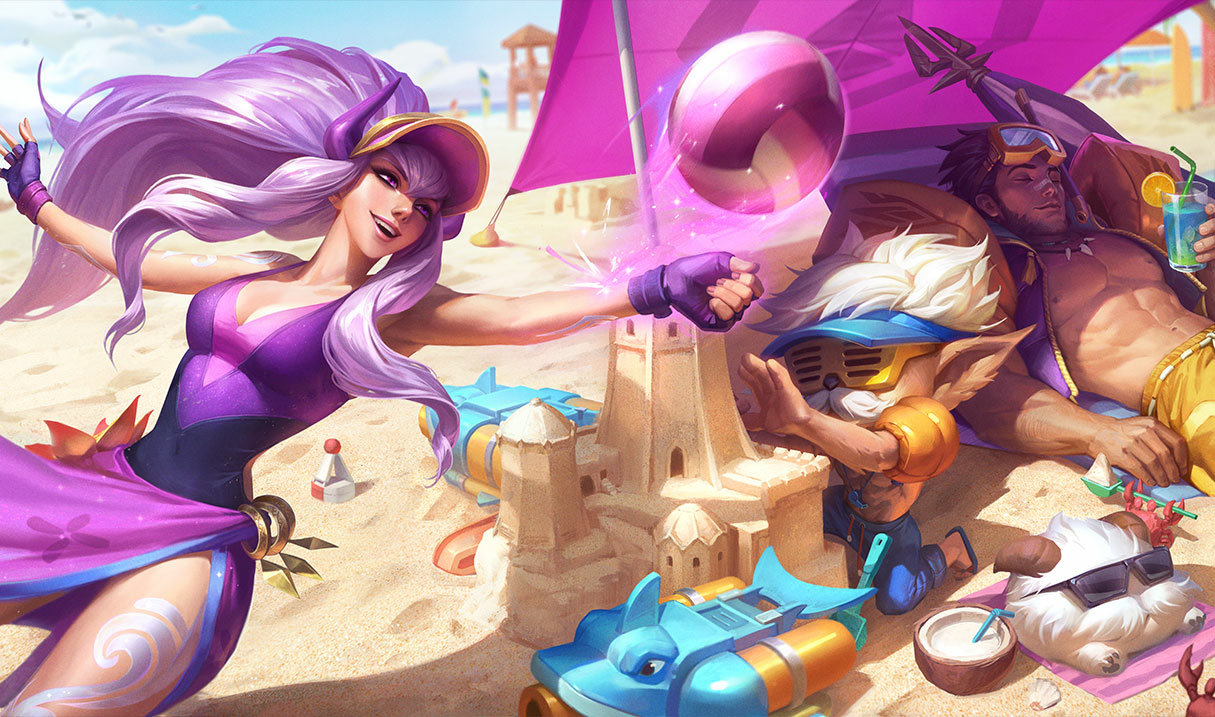 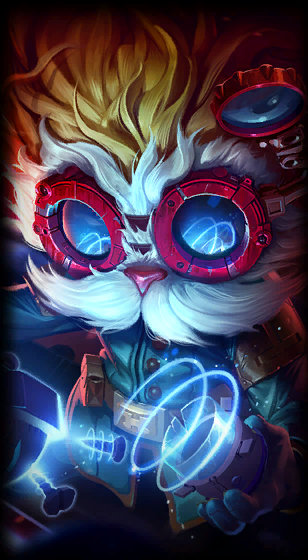 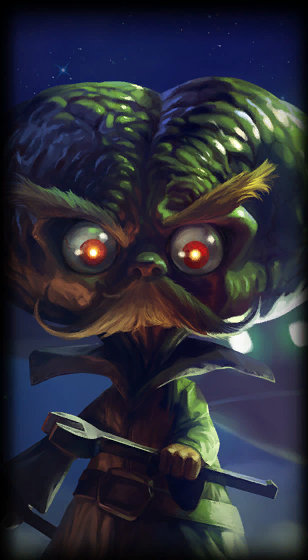 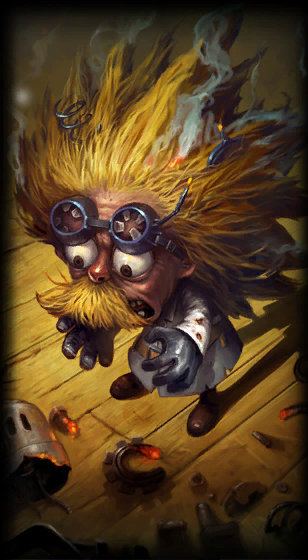 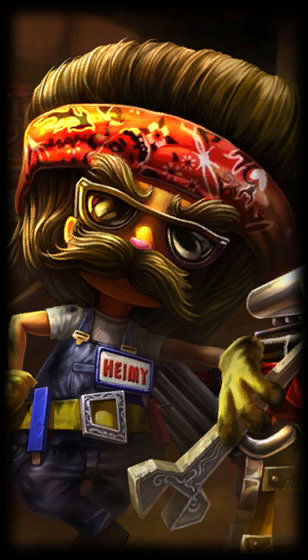 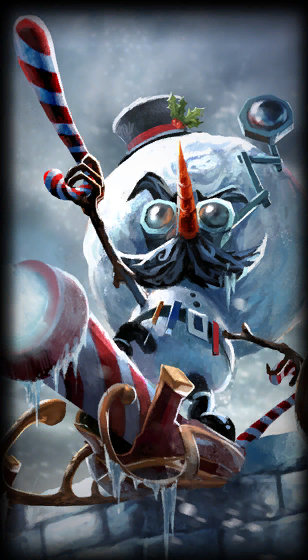 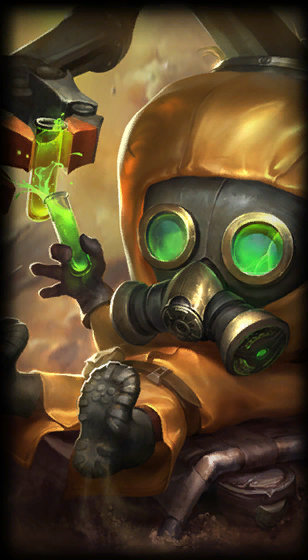 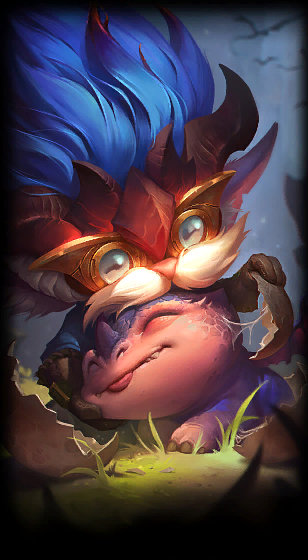 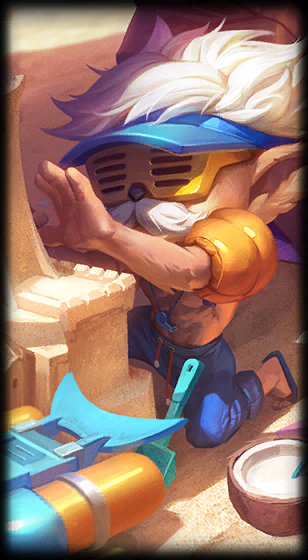 Lore
A brilliant yet eccentric yordle scientist, Professor Cecil B. Heimerdinger is one of the most innovative and esteemed inventors Piltover has ever known. Relentless in his work to the point of neurotic obsession, he thrives on answering the universe's most impenetrable questions. Though his theories often appear opaque and esoteric, Heimerdinger has crafted some of Piltover's most miraculous—not to mention lethal—machinery, and constantly tinkers with his inventions to make them even more efficient.
Ally Tips

Turret placement can be a deciding factor in a battle. Against most enemies turrets are best when they can support each other, but if the enemy has a lot of area of effect damage your turrets can be destroyed quickly. Placing turrets in brush can lead to a surprise attack in your favor.

The success of Electron Storm Grenade is very important to Heimerdinger's survival. The slow and stun both are capable of keeping enemies in place long enough to punish them, but it is also the first line of defense against a surprise attack.

Spreading out Hextech Micro-Rockets leads to more reliable damage and more efficiency against multiple targets, but focusing it creates the biggest impact.

It's better to destroy all of Heimerdinger's turrets at once with the help of creeps than to fight them one at a time.

Be wary of Heimerdinger's Upgrade!!!, as he can use it to find an answer to most trouble he gets into. Once his ultimate is down, go in for the kill!